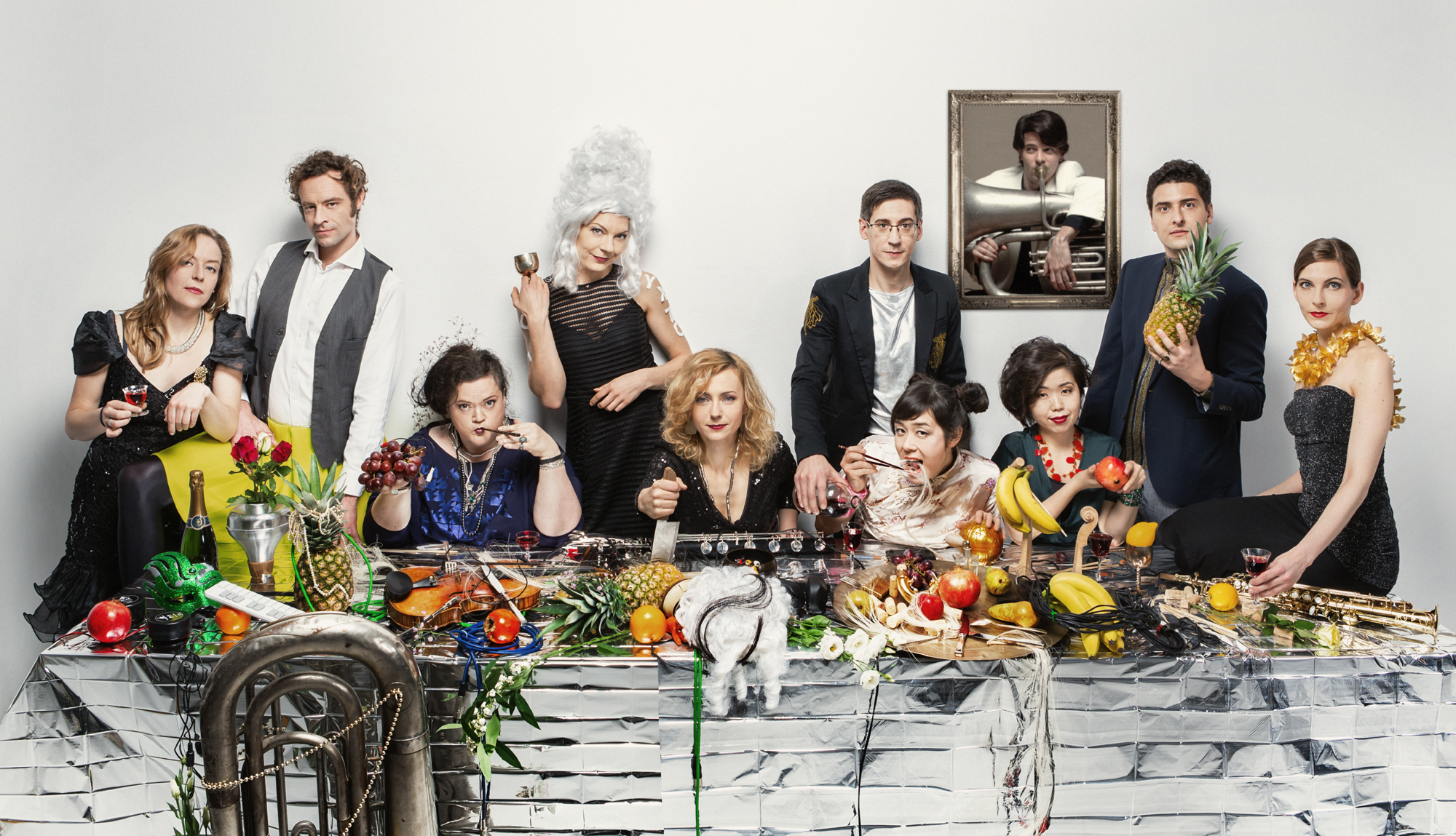 At the beginning of 2009, composer Brigitta Muntendorf founded Ensemble Garage as a platform for musicians, composers and other artists to explore and display new ideas, concepts, and works. Since its creation, the ensemble has focused on bringing the works of younger composers to life through the process of collective and cooperative rehearsing. Each of Ensemble Garage’s concerts is united by a universal concept. Within the frame of this overall concept, the content and performance situations of individual works interact to constitute so-called ‘staged’ presentations.

Through its work, the ensemble seeks to answer questions about ‘our’ generation: Who does it consist of? Where does it congregate or belong? What does it think and do? What does it use and create, and, most importantly, hear and want others to hear? Theatrical and multimedia approaches to new music are at the core of the ensemble’s approach.

The Ensemble’s debut concert was featured as part of a series produced by the ON-Netzwerk für Neue Musik Köln in Cologne. Since then the Ensemble has presented unusual concert formats throughout Germany, in Poland and Holland, been invited with music theatre productions to Festivals in Cologne, Krakau, Donaueschingen, Dresden/ Hellerau, and have been interviewed and recorded by West-German Radio, Hessen Radio, and German Radio.