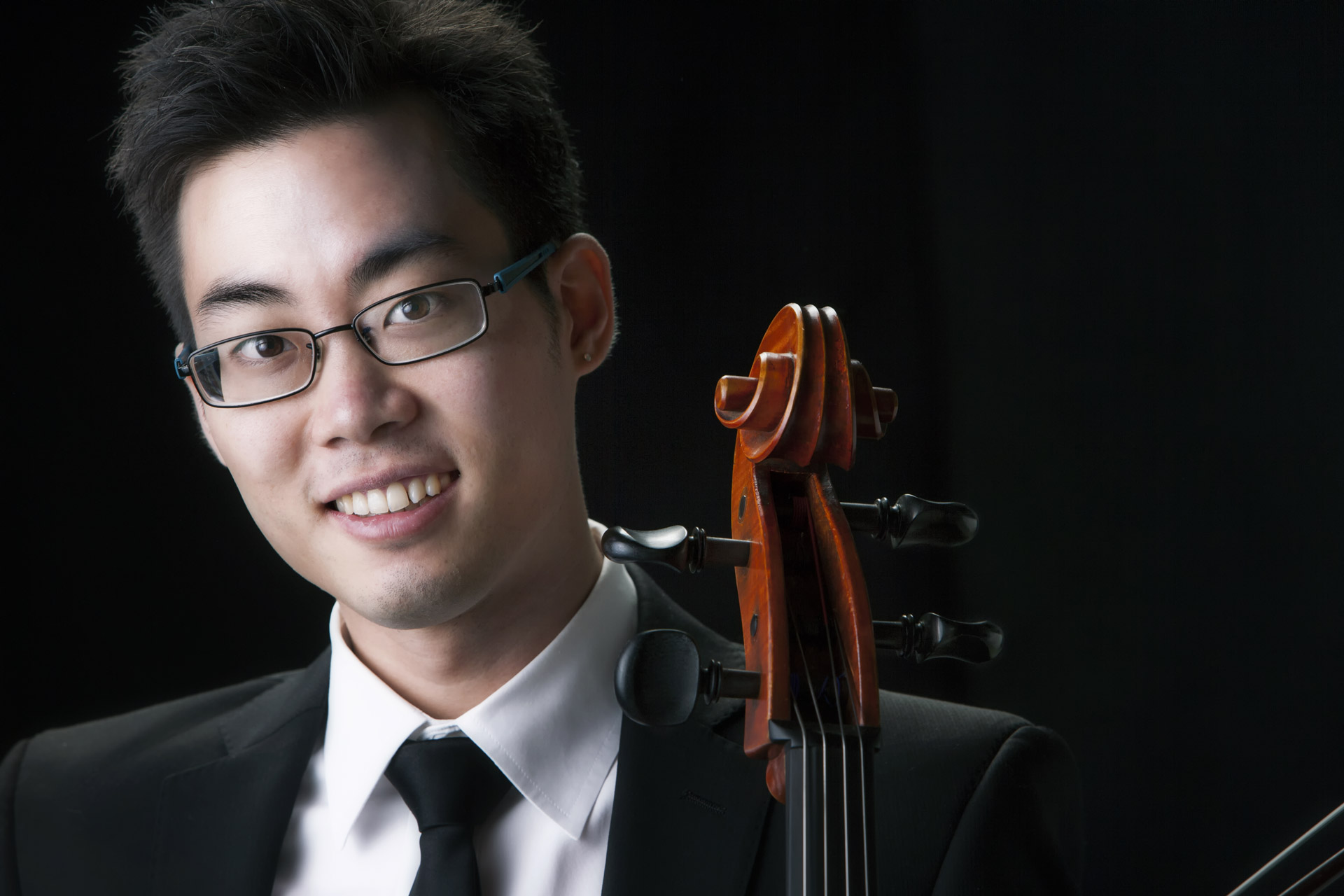 Cellist YOSHIKA MASUDA is fast emerging as one of the most unique and versatile artists of his generation. Praised by the press for possessing a sound that is‘ravishing’, ‘vibrant’ and ‘sensitive’, his recent Tokyo debut garnered critical acclaim. Yoshika has performed throughout his native Australia, Japan, the US and Europe in prestigious venues such as the Solitär at the Mozarteum in Salzburg, the Opera House in Sydney, the Dai-ichi Seimei Hall in Tokyo and the Walt Disney Concert Hall in Los Angeles.

Yoshika is the 1st prize winner of the 40th Midland-Odessa National Young Artist Competition (strings) in the USA and the 25th Australian Concerto & Vocal Competition, but his most recent success was at the 11th All-Japan VIVA HALL cello competition, the premier cello competition in Japan, where he won the 1st prize and the audience prize. In 2010, he was awarded the prestigious Yamaha Music Foundation of Europe String Award. His other accolades include 2nd prizes at the Sydney Cello Award and the J&A Beare International Solo Bach Competition. He has performed as soloist with orchestras such as the Milton Keynes City Orchestra, Manchester Beethoven Orchestra, Sheffield Chamber Orchestra, North Queensland Symphony and the YMF Debut Orchestra with conductors such as Sian Edwards, Nicholas Milton and Lucas Richman. His performances were broadcast on ABC Classic FM (Australia), BBC Radio 3 (UK), Klassik Radio (Germany) and Concertzender Radio (The Netherlands).

A keen advocate of contemporary music, Yoshika has given the world premiere of works by Michael Cutting (‘Epitaph’ with RNCM Orchestra), Xander Rodzinski (‘Inhale/Exhale’ for solo cello) and more recently, Bent Sørensen (‘In the mist’ with Katrine Gislinge and Copenhagen Girls’ Choir). He also performed the Italian composer Michele Dall’Ongaro’s ‘Linea Nigra’ for cello and orchestra with theWorld Youth Chamber Orchestra on their tour of Italy. In 2015, Yoshika made the US Westcoast premiere of Stephen Hartke’s newest composition for piano trio entitled ‘Blue Studio’.

Yoshika is an avid chamber musician and has performed with artists such as Guy Ben-Ziony, Brian Che-Yen Chen, Natalie Clein, Nicholas Daniel, Charmian Gadd, Bruno Giuranna, Alissa Margulis, Vincent Peirani, Paul Roczek and Qian Zhou. He is a founding member of the cello quintet SAKURA, whose performances were recently described by the Los Angeles Times as ‘brilliant… superb.’ In recent years, Yoshika was invited to perform at the festivals of Aldeburgh and Leicester in the UK, Festival Amfiteatrof in Italy, Kirishima Music Festival in Japan, and the Yellow Barn Music Festival, Music Mountain Chamber Festival and Piatigorsky International Cello Festival in the USA.

Born in Kobe, Japan, Yoshika first started playing the cello at the age of five, but moved to Australiaas a young child where he began his studies with Georg Pedersen at the Sydney Conservatorium of Music. He then studied extensively with Hannah Roberts and Ralph Kirshbaum, whilst also receiving close musical guidance from Thomas Demenga and David Geringas. Yoshika graduated from theRoyal Northern College of Music in the UK with distinction and received the Principal’s Prize along with the Leonard Rose Cello Award for outstanding achievement. He recently gained his Doctorate of Musical Arts from the USC Thornton School of Music.

Yoshika is currently an adjunct professor of cello at Loyola Marymount University and California Lutheran University in Los Angeles.