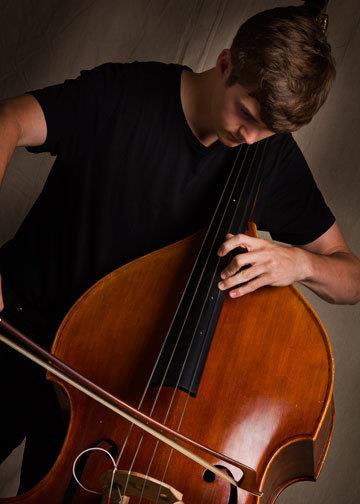 A native of New York, Samuel Shuhan is currently pursuing a master’s degree in performance at the University of Southern California while studying double bass with professor David Allen Moore. He received his Bachelor of Music degree from Ithaca College under the tutelage of Nicholas Walker.

Although his education is rooted in classical music, Shuhan is a lover of most genres. He stays active playing jazz, electric bass, recording electronic music, and most recently began learning to play the violone. He has toured and performed internationally across genres and in 2014 attended the summer festival Domaine Forget in Québec and studied with master and pedagogue François Rabbath.

In 2011, Shuhan won the Lee Strebel Memorial Youth ConcertoCompetition and in the following year performed as a soloist with the Cayuga Chamber Orchestra.