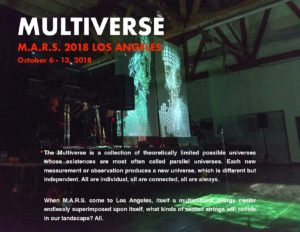 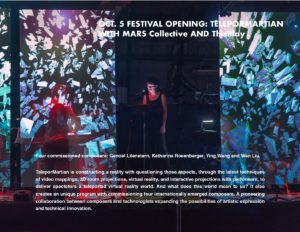 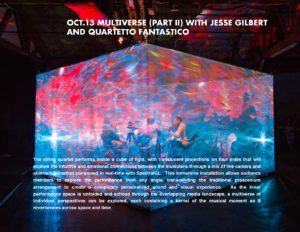 The Multiverse is a collection of theoretically limited possible universes whose existences are known mostly as parallel universes. With each measurement or observation, a new and independent universe is produced unlike the previous. Universes are all individual, yet are somehow still connected at every moment.

As M.A.R.S. comes to Los Angeles, which is already a multicultural energy source endlessly overlapping itself, the question remains; what kinds of nested strings will collide in our landscape? The answer; All.

With MARS Collective Ensemble and THISPLAY

TeleporMartian is constructing a new world through the latest techniques of 3D hologram projections, video mapping, virtual reality, and interactive projections with performers, granting spectators access to a one of a kind virtual space. And what exactly does this new world mean to us? It creates a unique program by commissioning four internationally emerged composers. This new world is the result of a pioneering collaboration between composers and technologists, expanding the possibilities of artistic expression and technical innovation.

Katharina Rosenberger: In the Dream that I Dreamed, You Awoke (2018) for Soprano, Ensemble, Electronics, 3D Hologram Projections (World Premiere)

With JESSE GILBERT and MIGUEL ATWOOD-FERGUSON

Atwood-Ferguson and Gilbert present an evening of music and image, featuring musical compositions and improvisations within an immersive performance environment defined by panoramic projections of audio-reactive visuals that surrounds both audience and performers.  Building upon years of ongoing creative dialogue, the duet explores works from classical repertoire as well as Atwood-Ferguson’s original compositions for acoustic viola and electric violin, all fed in real-time to Gilbert’s visual instrument, SpectralGL, which transforms sound into dynamic visual landscapes that are mapped back onto the performance space.  The resulting perceptual feedback loop is designed to bring the audience on a journey of discovery along with the artists, transforming their experience from that of passive listeners to co-creators of experience, elucidating the mystery and power of music and image to inspire and suggest new realities and possibilities.

With JESSE GILBERT and QUARTETTO FANTASTICO

Chris Woods –  violin
Paul Cartwright – violin
Miguel Atwood-Ferguson –  viola
Peter Jacobson – cello
Atwood-Ferguson and Gilbert are joined by the members of Quartetto Fantastico, widening the circle of musical exploration through the power of a modern string quartet playing at the highest level of improvisation and modern composition.  The string quartet will perform inside a cube of light, with translucent projections on four sides that will explore the intuitive and emotional connections between the musicians through a mix of live camera and abstract animation composed in real-time with SpectralGL.  This immersive installation will allow audience members to explore the performance from any angle, transcending the traditional proscenium arrangement to create a completely personalized sound and visual experience.  As the inner performance space is unfolded and echoed through the overlapping media landscape, a multiverse of individual perspectives can be explored, each containing a kernel of the musical moment as it reverberates across space and time.

M.A.R.S. LA brings this final scene into a multiverse scenario. 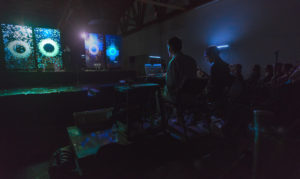 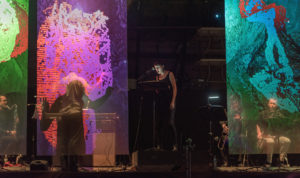 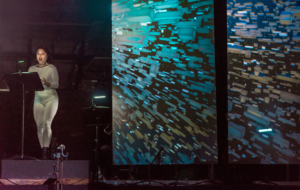 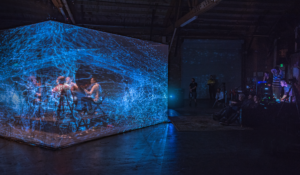 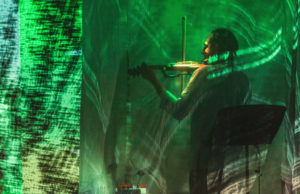 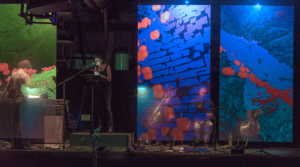 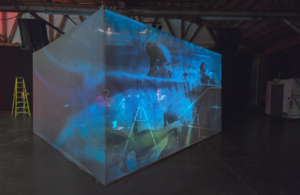 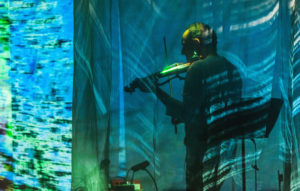 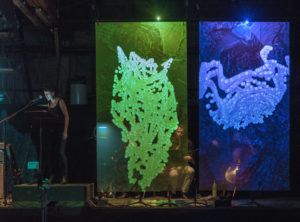 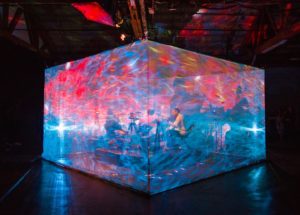 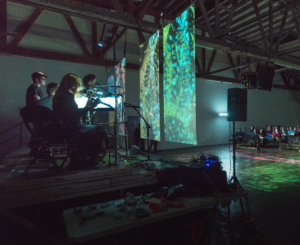 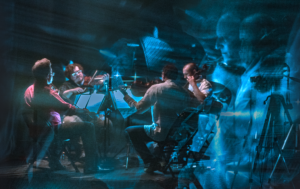 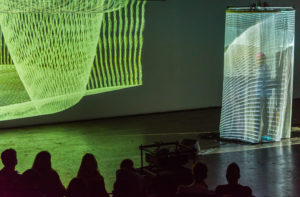 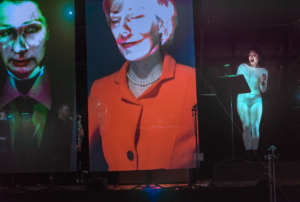 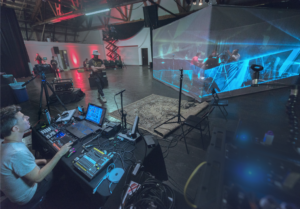